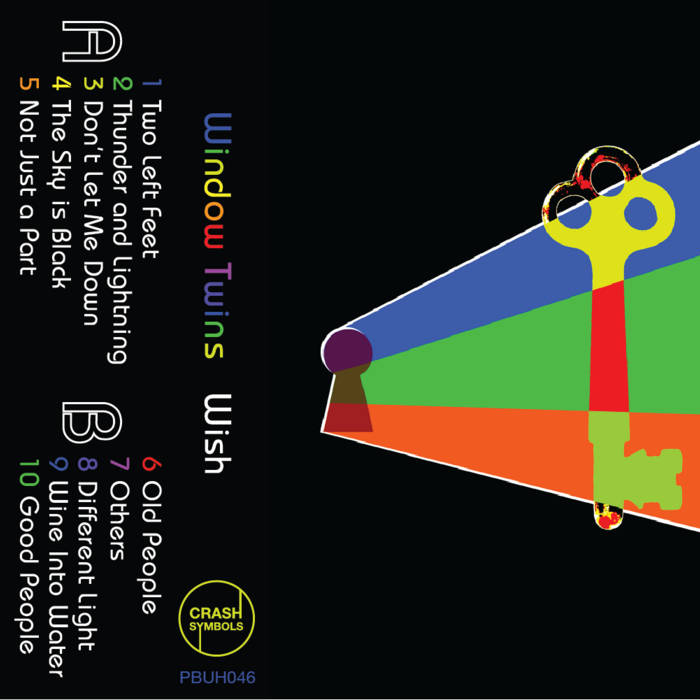 Leo F God this record sets the scene for.......something. I don't really know where to categorize this in comparison to recent music in my player. Everything is so dusty, dense, loose and lovely. I'm hearing Paul Motian, I'm hearing some Miles, I'm hearing Lou Barlow and Locomotion. "We could've walked on so much water". Dream-like lyrics and sonic textures snaking in and out of fuzzy fabric. A series of aching lullabies to a girl you used to love, sleep softly now. Favorite track: Wine Into Winter.

Though Bay Area staples Tim Cohen (The Fresh & Onlys, Magic Trick) and Jon Bernson (Exray’s, Ray’s Vast Basement) are longtime collaborators, Window Twins is the primary outlet for their shared vision -- a cyclical partnership, struck up whenever it's convenient. With the support of close friend and visual artist Kevin Earl Taylor, the duo merges two very distinctive creative threads. Though the two musicians’ equally distinctive vocals have a central role, they act in tandem with meticulously orchestrated loops and potent but minimal instrumentation.

“... a collection of atmospheric sketches that explore the scuzzy, sinister, and lo-fi fringes of jazzy R&B, and ramshackle folk.” -Steven Hyden, Pitchfork

"While Tim Cohen is probably best known for fronting The Fresh & Onlys, and Jon Bernson for the experimental pop trio Exray's, Wish mixes lo-fi electronics with psychedelic folk for something weirder and harder to pin down than either one." -Nathan Reese, Interview Magazine

"I almost forgot what pop sounded like. Not the kind being relentlessly streamed from every corner of the internet, but the sort created when people get together, play a variety of instruments, and embrace melody outside of any formula." -Justin Spicer, Tiny Mix Tapes

"Wish pairs well with Kasey’s recipe for Roasted Acorn Squash with Hazelnuts and Balsamic Reduction. The recipe, like the album, features a smooth combination of strong flavors and subtle nuance. Similarly, the recipes two textural elements, squash and hazelnuts, each offer their own unique contribution to this well balanced recipe. It’s a great addition to any meal." -Turntable Kitchen

"...Wish has this distant vibe to it that gives it a lo-fi feel, but it is so layered and intricate that it is hard to imagine it being lo-fi. The horns alone make me want to put on my old Earl Campbell jersey, lather myself in some lard and do fifty foot belly slides in my buildings lobby. It is sweet and sensual in a way you imagine a sexy Easter bunny would be sweet and sensual. The album is a definite journey that grows from a friendly come hither stare into a full blow key party in your mouth. It is a thing of beauty." -Syffal

"[Cohen and Bernson's] upbringing in the Bay Area's sun-loving weirdo scene is unmistakable, though they've managed to craft quite a distinctive sound here that certainly does not sound like a mere derivative, creating a dense, pleasantly muffled atmosphere." -No Fear of Pop