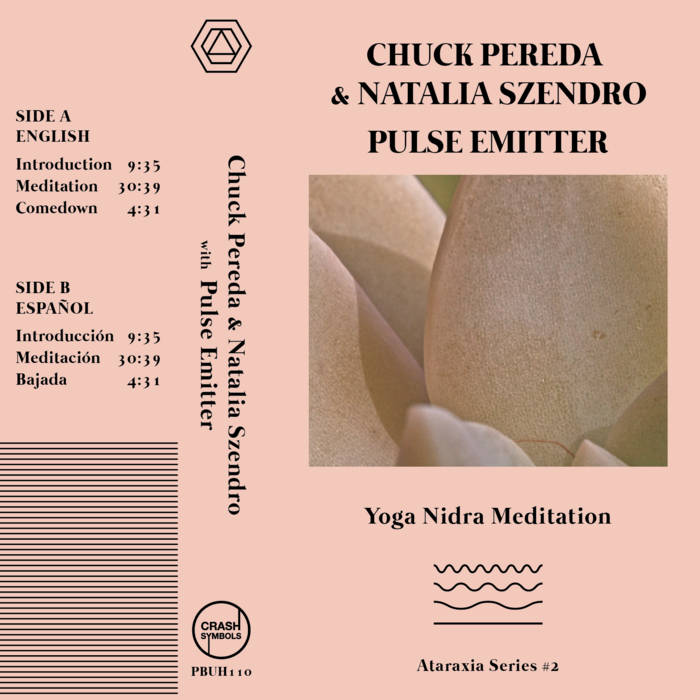 Chuck Pee I love this album cause we did the thing, that's us in the cover! Also, it's the first time a decent enough meditation is read in Spanish and the music is mindblowingly beautiful! Favorite track: Meditación.

As a long time practitioner of ashtanga yoga, I was never able to fully relax and meditate after the practice. One day, my yoga teacher was really tired and she told us we wouldn’t be doing sun salutations, but that instead we’d do a yoga nidra practice. I thought “oh great, a guided meditation, I’m not gonna be able to concentrate at all,” but funnily enough, I drifted off completely and only returned as my teacher was welcoming us back into the room. Thus began my obsession with yoga nidra.

Yoga nidra, or yogic sleep, is a traditional practice that was popularized by Swami Satyananda Saraswati. There are a lot of different versions available in both MP3 and CD versions, but as much as I love Steve Wolf’s CD (one of the best ones out there) I always thought it would be amazing to have some great music as well.

About four years ago, I contacted Pulse Emitter to make a yoga nidra release and he was very interested but busy at the time, so we left it aside until December of 2017, when he contacted me with the proposition to move forward. Pulse Emitter is based in Portland, and I’m Mexican (I live in Mexico City) – that’s why we also did a Spanish version of a traditional yoga nidra script, since we both agreed yoga nidra is an amazing tool that should be available to everybody, not just English speaking folks (and I’m not gonna lie, it was kind of a long dream of mine).

I really want to thank Crash Symbols and Pulse Emitter for this opportunity. Hopefully these recordings bring peace, tranquility, and a clearer, more positive mind to you.

"...beautifully polished and utterly present and like the sort of thing you’d have to pay a month’s rent to experience at some fancy retreat." -Tabs Out Podcast

"...guides you (in Spanish and English) to a place of introspection where you can feel at peace while listening to great music." -Rockets

Edited and mastered by Daryl Groetsch