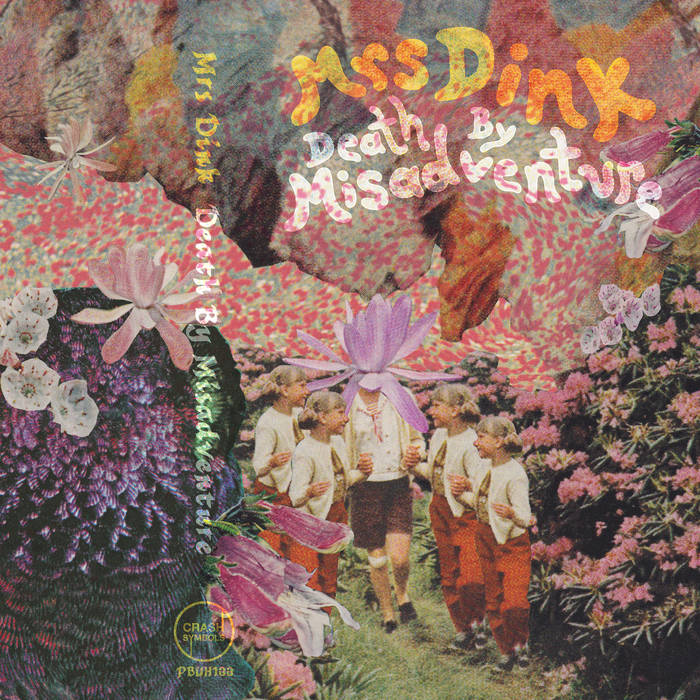 Prolific Washington-state producer Meagan Johnson aka Mrs. Dink’s latest collection of kinetic cyber-jack, Death By Misadventure, tunnels through 12 tiers of tense technoid hypnosis, totaling nearly an hour of dizzying dark rave circuitry. The album emerged in the wake of a “rough patch," which is audible in its manic energy and paranoid mood (one particularly frenzied ripper is even titled “Batshit Crazy”), but the rhythms feel exhilarating rather than exhausting, layered in nuanced stereoscopic FX and fractal textures. Each track maps its own event horizon corridor, strobe-lit and spiraling, equal parts claustrophobic chase scene and emotional exorcism.

The diverse projects Johnson curates through her experimental electronic imprint Degenerate Trifecta filter into her own omnivorous production instincts, which skew simultaneously maximal and minimal, celebratory and psychotic. Much of Misadventure is devoted to shades of surreal hardware trance (“In The Clouds With U,” “Hold Me Down,” “The Damage Is Done”) but detours into cosmic industrial (“Doin’ What We Do (It Simply Was),” freeform hacker funk (“This Is Gunna B Lit”), and ascension EBM (“My Heart”) demonstrate the depth and connectivity of Johnson’s fascinations.

The record’s subtle themes of resistance and reflection culminate in the closing cut, an especially dense and quaking warehouse-ravager notably named “And Out Of Weakness, She Shall B Made Strong.” Johnson characterizes the journey of the album’s creation as one of growing “into a better, more authentic version” of herself, overcoming misadventures and mistakes to live a wiser, fuller tomorrow. That day is today; that version is this music: conflicted techno for conflicted times.

-Britt Brown (Not Not Fun Records)

"...constantly hopscotching between a warehouse rave and a professional slaughterhouse-haunting." -Cassette Gods

"Sounds like bottles of nitroglycerin, tucked in straw and housed in crates on the wagon." -Lost in a Sea of Sound