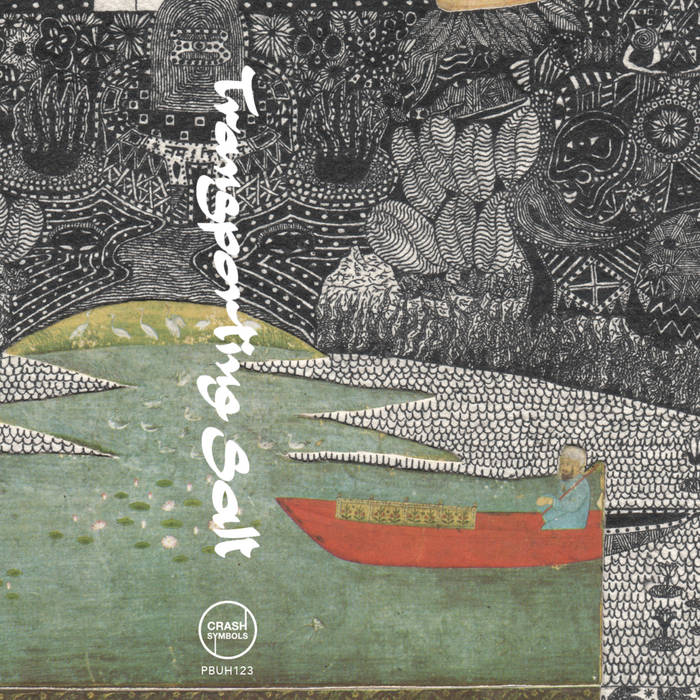 Spiritczualic -- "cz" borrowed from the Polish "tʂ" or hard “tch” -- a word-melange of “ritczualic” and spiritual, reflects upon the ancient practice of musical ritualism. As an idea, it predates the physical occurrence of the Enhancement Center on Christmas in 2017, when an Ottoman building below the Gates of Jerusalem provided itself for a remarkable meeting. They were synchronized by state-of-mind, rather than tune or scale, and began exploring sonic sessions of do-it-yourself mysticism.

Transporting Salt bears the fruits of their first attempt to develop this practice live, imagining the Enhancement Center as an ongoing outer-national collaboration. Drawn from Russia, America, Iran, Israel and Germany, six musicians found themselves hosted in Prague, Berlin, Vienna and Hamburg. For each of these sessions, culminating on the Spring Equinox in 2018, they were joined by a local bass player they hadn’t known before.

Imagine something you might hear accompanying an hallucinatory Paul Bowles story: a spiraling, psychedelic epic from the early-days of electrified jazz. It traverses barren swamps, evaporating amidst asymmetrical waves of guitar and drones of homemade electronic feedback. Full of constant movement and growth, with distorted keys and Zither waiting patiently to appear for their parts. Naive children of Riley and Reich, Spiritczualic Enhancement Center offer a serpentine hike up the “Wisdom of the Idiots” trail, with the gravity of their emerging ritual as its mineral essence.

Featuring Oakland sounds from the Smart Bomb collective and Samplelov.