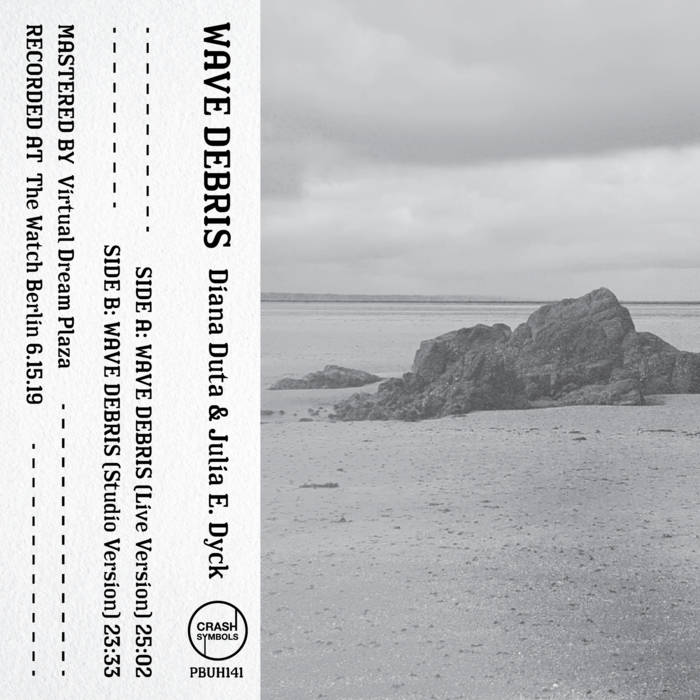 polinos Music not quite of this world; certainly transmitting on an occasionally unsettling alien frequency.

Diana Duta and Julia E. Dyck's Wave Debris takes the work of scientist Elizabeth Alexander as its starting point, in particular her research into the radio frequencies emitted during sunset. Working mostly with modulated versions of those frequencies, they worked in their own field recordings, feedback, and readings from Ron Silliman’s Sunset Debris. The result feels especially cryptic and otherworldly, full of smoke and dissolving images.

The live version was performed at sunset during Rocks Radio Radar Long Wave Radiation, organized by Cristina Ramos as part of her residency at The Watch Berlin. Housed in a former GDR watchtower, half the transmission was streamed from Brussels while the other was performed on location one floor below the audience. The performance attempts to illuminate phenomena that are present but not perceived, that mediate, dissolve, or disclose.

"Wave Debris passes blissfully slowly, with the weightless ease of dust motes across shafts of light. Absolutely nothing seems forced . . . At times it feels so natural it’s as though the warmth of the sun itself is impacting the keys, causing them to swell and reverberate softly against one other; for short spells elsewhere it gets close enough to raze the landscape. Alexander herself is . . . present here; you can picture her surrounded by blinking lights, driven by fierce surges of static energy and squinting against them to overhear obscure snatches of foreign conversation. Between the two sides, it’s impossible to think of a way Duta and Dyck could’ve created a more perfect tribute." -Underscore Music Magazine

"...two eerie, radiating pieces befitting the celestial phenomena that inspired them. Duta and Dyck [add] a new zone to the liminal space between science, philosophy and sound explored opened by Daphne Oram, Eliane Radigue and Pauline Oliveros." -The Quietus

"A frequency lullaby morphing into the depths of both conscious and cosmos." -Lost in a Sea of Sound