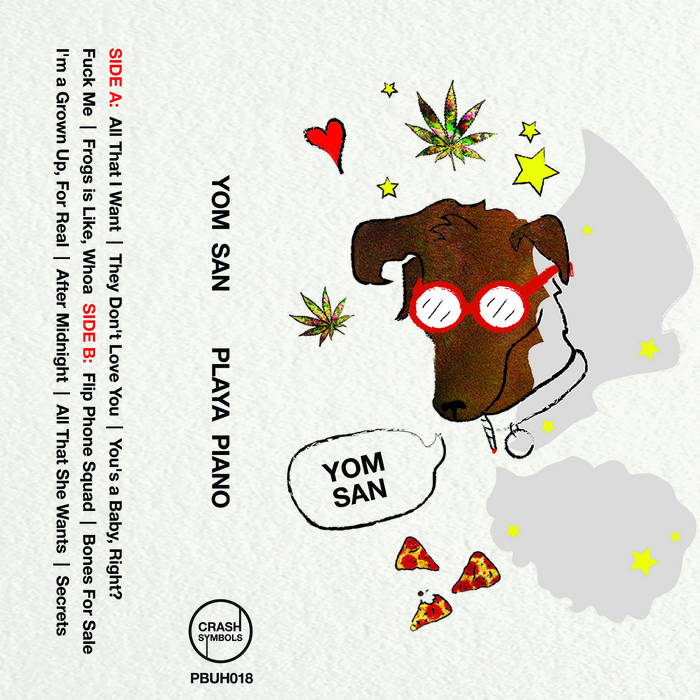 "The 'Playa' Piano' cassette is a logical progression of our modern mixtape fetishism, DJ Screw worship, and softening of battle lines between mainstream and indie. Yom San chops Cam'ron's “Hey Ma”, looping and freaking the piano sample to Yeah Yeah Yeah's “Maps” like Greg Gillis with a codiene addiction. On “I'm A Grown Up, For Real”, he meshes Jay-Z's “Dirt Off Your Shoulder” with Blondie's “Heart of Glass” and it could feel like this has been done before, but Yom San's low rpm-mentality infuses the mash-up with just enough new car smell to take it for a test run. It feels safe to say, Playa Piano is the end game. It was the last move to be made in the culture of mash-up and in post-DJ Screw stylistic biting. It's finally over, people. (At least, until Greg Gillis is forced into retirement by Coachella and promised a yearly stipend on the condition he headline in 2024.)" -Impose Magazine

"I bought a box of wine about a month ago. I never drink it because it’s sort of out-of-sight/out-of-mind, all the way in the corner of the kitchen. Which isn’t exactly 'out of site' but if you ever hang at my house you’ll know what I mean. Anyway, Yom San jams some pretty tough sample-based jams. I know, I know. Everyone is jamming some pretty tough sample-based jams right now. Well delete those fools from your hard drive because Yom San is the one doing it legit tough. Legit tough enough to make me eyeball that box of wine for 30 seconds and then tap the red Rockies on the front porch with no shoes on. Gonne be asleep/passed out on box wine before the track 'Fuck You' comes on. There’s a party on my porch." -Ad Hoc

"If Girl Talk calmed his ass down, took about two-too-many spoonfuls of cough syrup and tripped his way into your bedroom, that’s about the vibe Yom San picks up on: A spinning-room delirium under your covers, snuggling up to your ears like it wants some late-night lovin’. Juelz rapping over Etta James? Why the hell not! Especially if Yom San’s gonna spin it this way, with the volume pulsing up and down, throbbing in and out, the beat rolling back and forth across your brain. You’ll definitely recognize the elements here, but oh how the drug of Yom San’s tricky mixing can intoxicate and change the molecular structure of things; these once-recognizable molecules have been altered into beautiful (and trippy) new shapes and sizes. And best of all, that trip is anything but scary..." -Tiny Mix Tapes