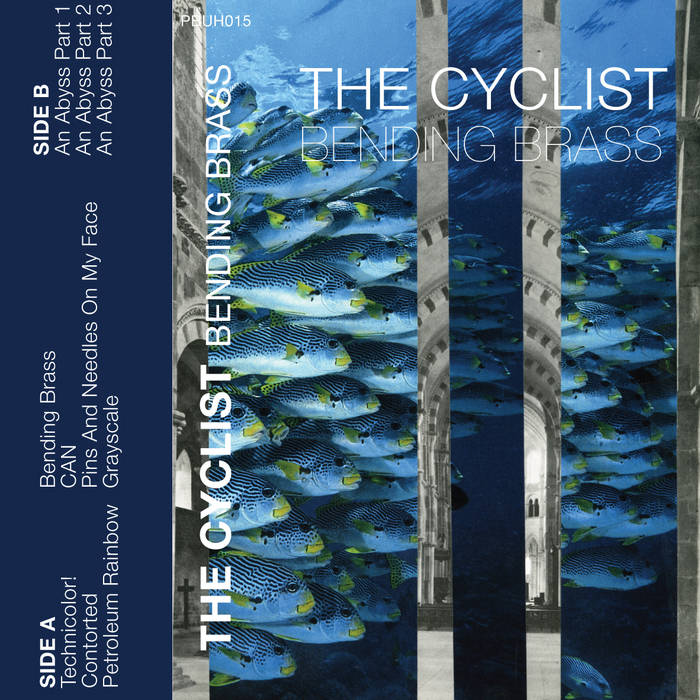 The Cyclist is Andrew Morrison, Derry-based in Northern Ireland, where he uses a broken £20 keyboard -- whose constant errors generate random noises and extra tones -- to make dark but engrossing techno. Named for Natalia Goncharova's painting The Cyclist, Morrison's music seems to emerge from the same singularity as the Russian futurists, with a constant flow and shuffling rhythm that creates its own realism in the distinctiveness and potential failings of frail technology.

"...a UK producer at the forefront of the lo-fi, opaque, analogue house scene fittingly described as tape throb." -Resident Advisor

"Like a debauched electronic artifact from a forgotten future, The Cyclist’s 'Bending Brass' retains a near constant darkly-irregular groove punctuated by grimy and often-stuttering rhythms. And like a film about a dystopian future, this beautifully textured album indiscriminately seduces my thoughtful and creative sides." -Turntable Kitchen

"One of the best cassettes this year." -Dumpster Diving Blog

"This dream-tripping techno opus surprises and pulls the mind, body, and soul to the dancefloor." -That's Deck

"There’s a wonderfully hypnotic vibe to the Cyclist’s music, a style which creates such a fantastic, transcendental feeling of euphoria." -Crack in the Road