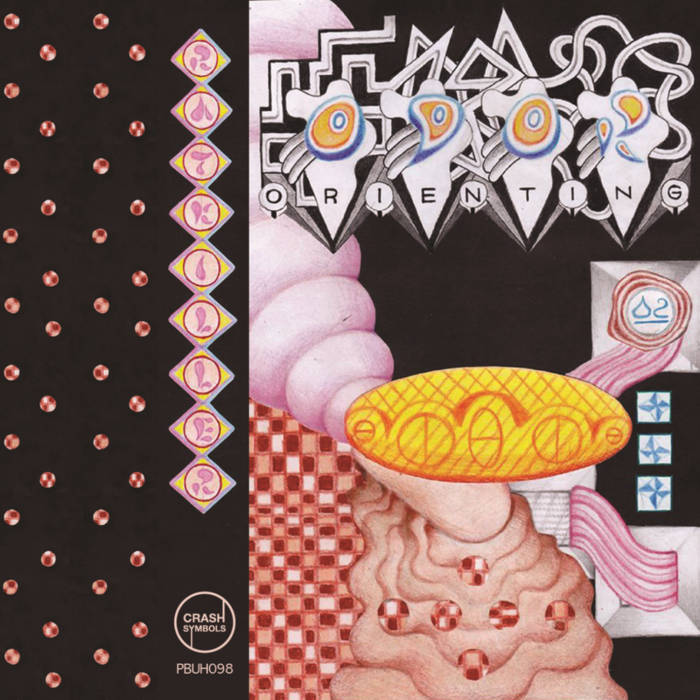 An 80s and psych tinged standout from Estonian sound-collagist Ratkiller, featuring appearances from producer Ajukaja and experimental recorder Benzokai, both fellow Estonians, as well as a short remix from Orange Milk Records co-proprietor Seth Graham. Following his contributions on Benzokai's new album for Czech imprint Baba Vanga and his own 'Comfortably Declined' cassette for the label, 'Odor Orienting' is a colorful cycle between acousmatic day-dreams and more purgative hallucinations -- determined by how quickly each track's kaleidoscope twirls.

"Opening with a free jazz-based drum/piano duel, "Not Enough to Understand" quickly shifts gears into a funky array of elastic bass and clattering percussion. "Sympathy," the first of two tracks featuring fellow countryman Benzokai, plays out like a damaged self-help tape. The weirdest and best piece on offer is "Bleed," in which a down-pitched poetry reading is tied to a shredding electric guitar before an invisible rug is yanked and the track is transformed into a cleverly assembled downtempo dance number . . . Deliciously bonkers, Kleis' autodidactic approach to dance music is nimble enough to travel in many directions simultaneously without stretching itself too thin." -Exclaim

"...this music is just very trip-like. Consciousness expanding and all that, but even without the right hallucinogens this worked really well. Put this in your walkman and start walking and tripping!" -Vital Weekly

"Free drum scatter books passage through cloudland; twinkletoe sprinkles of piano decorate atmo’s limits in the upper octaves; angelic eternal ephemera bends in the wind. That line is cut, shuttlecraft, though ephemera continues to bend in wind, the tradewind, where dub begins. Reggae-bastard chord echoes in MS-DOS Dali halls, calling forth a gained-up steel slap with some squeakers and a heart thump, that in turn calls forth a protruding soul bass that in turn calls forth DJ Shadow house fixin’s and more ephemera and steel and the climax to a most enjoyable climb through cloudland, as fine as that last one. How would you rate your flight?" -Tiny Mix Tapes

"...we have some crazy dialup jazz going on here and I love every second of it. As the best music tends to do, it fades out blurring the lines between our dreams and reality." -Raised By Gypsies

"... ranging from messy jazz to quasi-drum’n’bass to elevator music to vaguely reggae-ish things. There’s some strange reflective philosophizing spoken word moments, some not-quite-holding-together electronic rhythms, and a typically awesome, abstract-as-hell Seth Graham remix. There’s Seinfeld bass and robo handclaps and turntable scratching and construction/hammering sounds. It ends with a long, fairly crazy sorta-house mix. It basically sounds like the type of stuck-together-with-bubblegum music that you could only really imagine hearing on tape or Bandcamp." -The Answer is in the Beat

New sounds from Mavi, Ivy Sole & Moderator, plus AJ, the One joins the show, for her latest release