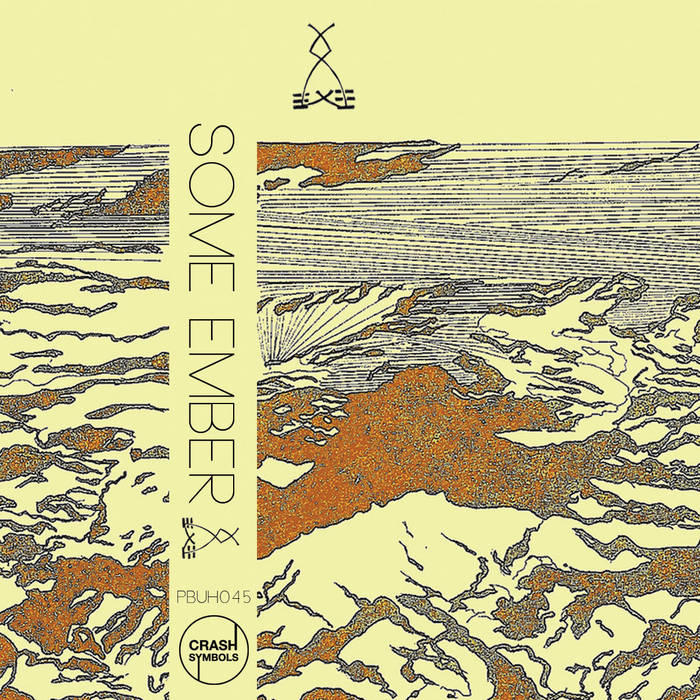 Named for a piece in Galway Kinnell's Book of Nightmares, Some Ember's debut 'Hotel of Lost Light' is a culmination of sorts for Dylan Travis; the dude behind the moniker, he's been active for a while in Bay Area music. Some Ember began dramatically, though. Laid up for weeks after a car accident and loaded with a little compensation money, Travis "blew it all on synthesizers and production software." His previous projects had relied heavily on studio engineers, so he was determined to master that process for himself. Though Travis describes making 'Hotel of Lost Light' as very intuitive, refracting his experience with post-punk and noise pop through a more minimalist, no-wave sensibility, recording and producing it eventually drew on every technique and technology that getting hit by a car afforded him. The album is dark but intensely evocative, with subtle nuances in pace and sound that draw you further in as they come into focus -- like the little tumble of sounds that drops you, unsuspecting, into opener "River Filth," or the memorable sega-synth wrap-up on closer "Deep Ocean."

"I keep thinking about this lonely guy in a lake, like a 19th century convict rowing through fog, making his great escape from an island prison and sinking halfway to shore. What happens to that guy? What if he had a Moog to play on the way down?" -The FADER

"...a dark, lush landscape of brooding, swirling post punk cold wave minimalism, all pulsing muted synths, spare percussion, shimmery atmospheres, thick, crumbling industrial swells, hushed melancholic melodies, all blurred into a murky, washed out dirge pop dreamscape, sounding a bit like a more lysergic Talk Talk, driven by Travis' vocals which at times sound like Danzig covering Scott Walker, and at others like some impossible hybrid of Antony and Dave Gahan, soaring and passionate, emotive and dramatic, we really weren't prepared to dig this as much as we do. Fantastic!" -Aquarius Records

"Pulling on dramatic 80′s heartstrings, the latest release from DIY record label, Crash Symbols, is one of their best yet. Carried with a classy backbone, Hotel of Lost Light, appropriately gathers familiar timbres (Bowie, Reznor) and unites them with a unique, personal touch. It’s this personal connection, lasting throughout the eight tracks, that makes this release pinacle in the labels catalog." -Dingus on Music

"...a weird album, but one that gets better with subsequent listens . . . each time through I find myself more and more infatuated with the vocals." -Foxy Digitalis

"Honestly I have no idea how to classify Some Ember's delicious album Hotel of Lost Light. It lives and breaths in this awkward yet arousing netherworld between deviant sensuality and serial murder." -Syffal

"A vocal convergence between the intensity of David Tibet and the vulnerable charm of Antony Hegarty, played over something that sounds like early Mortiis. And while I assume that sounds like an overwhelming concoction that would likely yield a confusing result, the most impressive part of Hotel of Lost Light is just how well it all plays together, and in fact by the close, has evolved into a pop influenced 8 bit trip out. An incredible vision finely crafted into an exceptional album." -Guide Me Little Tape