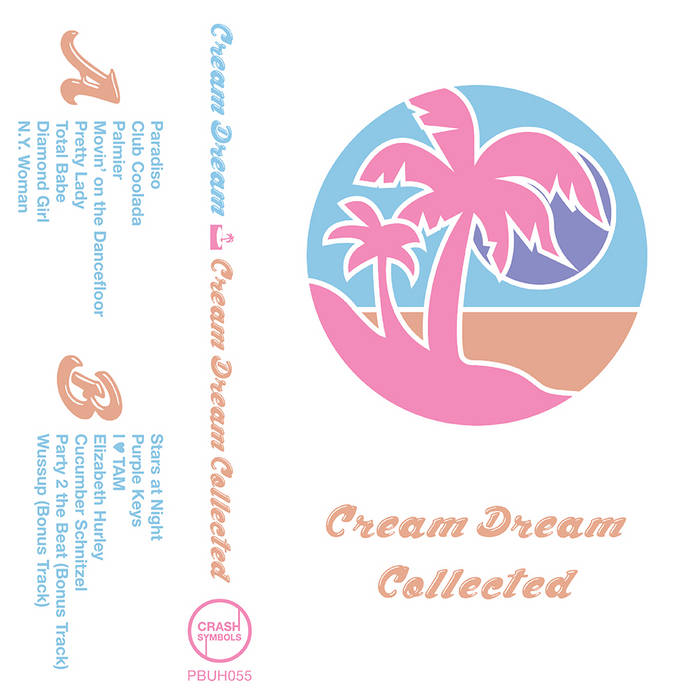 Cream Dream is Teddy Ouwerkerk, a Long Island based designer and producer with a flair for combining disco, soul, and funk circa 1970 with house and contemporary beat-making. 'Cream Dream: Collected' gathers his first three self-released EPs, issued prior to the release of his free-to-download debut album 'Love Letter;' the 'Paradiso' and 'Total Babe' EPs, as well as his mixtape 'Spliffy Beats vol. 1' and two muggy bonus tracks from the same period. It's the first such compilation of his prior work, but it turned out too well and the tape's way too good looking for it to be our last.

"Fans of funk, disco, and tunes that sample those genres with a beat-driven mentality should be better acquainted with Teddy Ouwerkerk aka Cream Dream. Our friends at Crash Symbols are releasing a compilation of his finest work, Cream Dream Collected, that should give you the right bounce to your ounce if you know what I mean. OK, that was incredibly corny, but there’s something about this stuff, especially standout 'Total Babe,' that makes me think we’re living in the wrong decade. Maybe." -Potholes in My Blog

"...seems equally attuned to a Long Island basement with false wood paneling or sunset on the Pacific coast circa 1975. There are healthy doses of both schmaltzy disco bliss and transient IDM sampling; Cream Dream: Collected sounds kind of like a mixtape a young Kanye West might have made if he had any proclivity for ambient house music." -Dingus

"Deliver me my pie, garbed in polyester hat with matching shirt; chest pockets shaped in all the right ways. Take a lap around the rink with perfectly stylized midriff faux football jersey, flap-waving to all the drips at the stand." -Tiny Mix Tapes

"Mustachioed disco house, not to be associated with Cristal, tight shirts or lounge clubs, Collected picks up where your 70s vinyl collectors left off. Kudos to Crash Symbols, who curated Teddy’s work into a cohesive cassette. Side A starts off with big moves before turning it down towards experimental beat making on the flip, different feels but all bass and beats, late summer nights." -Tape Famous